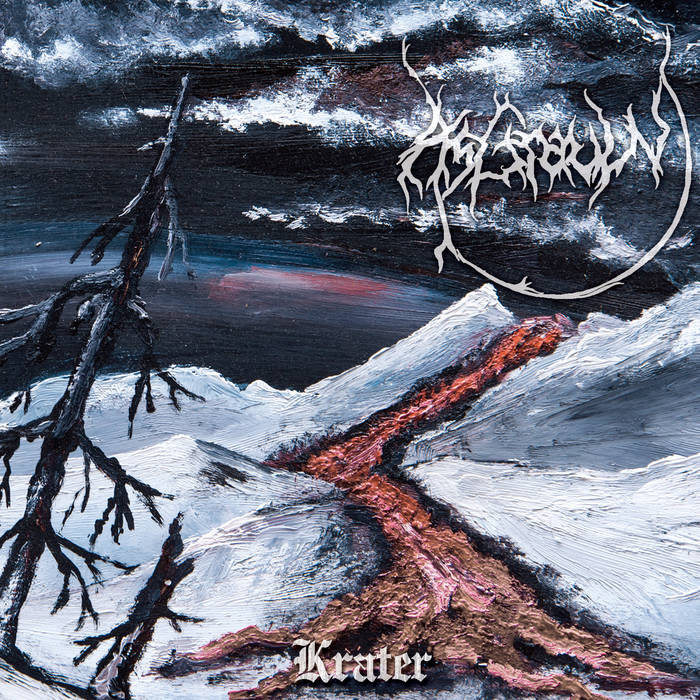 Nostalgic about nineties black metal, the Dutch horde Asgrauw channels aggressive yet atmospheric sounds in their music. Asgrauw was raised under a cold December moon in 2010 and they produced a demo and a full length ever since. Their second album "Krater" features epic riffing, blasting drums and alternately vocals on a lucent layer of keys. Expect adventurous compositions with moods and tempo's in motion, topped off with spoken words and piercing screams. Traditional sounds of Darkthrone, Emperor and Ulver are subtly merged with an aggressive punk feel. This is emphasized by their do-it-yourself attitude, as the whole album is recorded and mixed by the band themselves. Clouds of toxic ash will dim sunlight all around the globe and another ice-age has yet to come... "Krater" is an apocalyptic concept-album about the volcanic winter, that will occur after the cataclysmic supereruption of the Yellowstone supervolcano. Lyrics are violently spit out in their mother-tongue. Released by Hidden Marly in Japan!