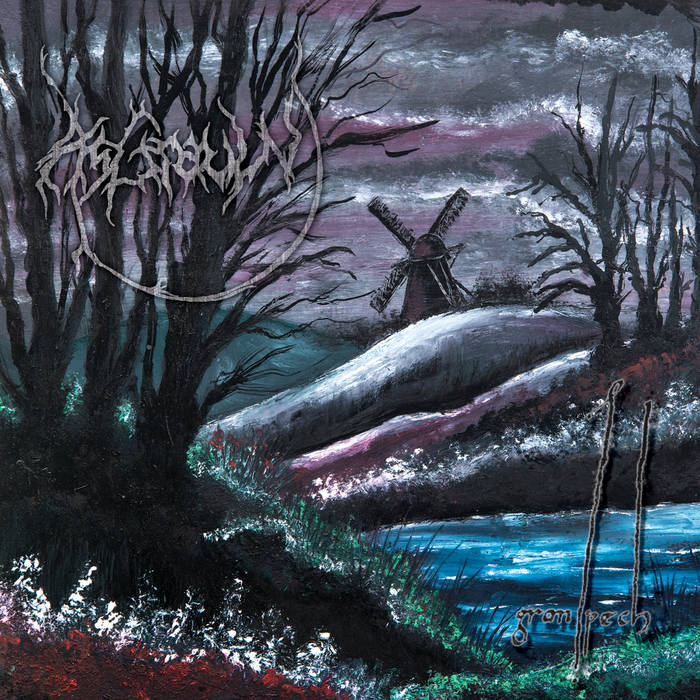 Influenced by the great 90’s Scandinavian hordes, Asgrauw has recorded their third full length, ‘Gronspech’. The oil painted cover (that does remind of the great Ulver-trilogy) shows what Gronspech is about: it can be seen as a concept-album - performed in both Dutch and local Groesbeek dialect - about ancient regional myths. A direction that Asgrauw’s drummer Batr has already embarked on with his old bands Sagenland and Meslamtaea. Asgrauw employs two vocalists in their recordings, which gives a lot of variety in vocal styles. The diverse interplay between Vaal’s cold shrieks and Kaos’ angry barks are alternated with mesmerizing spoken words, which are very much emphasized on Gronspech. Asgrauw relies on a dark and bleak atmosphere with piercing guitars and haunting synths, that are strengthened with powerful and energetic riffs and heavy drums. Although Asgrauw has that typical 90’s melancholic black metal vibe, this band is unafraid of breaking the boundaries. Gronspech shows a more peculiar and adventurous side of this band, taking it to a another direction. The album portrays the dark aspects of nature, while hateful punk-influences are not avoided. Also slow-paced tunes are present, although it never takes long before hell breaks loose again!
Gronspech is recorded and mixed by the band itself in the cold winter of 2017/2018. This atmospheric monolith is released by the Japanese label Hidden Marly. Recommended to fans of 90’s Ulver, Emperor, Dodheimsgard!